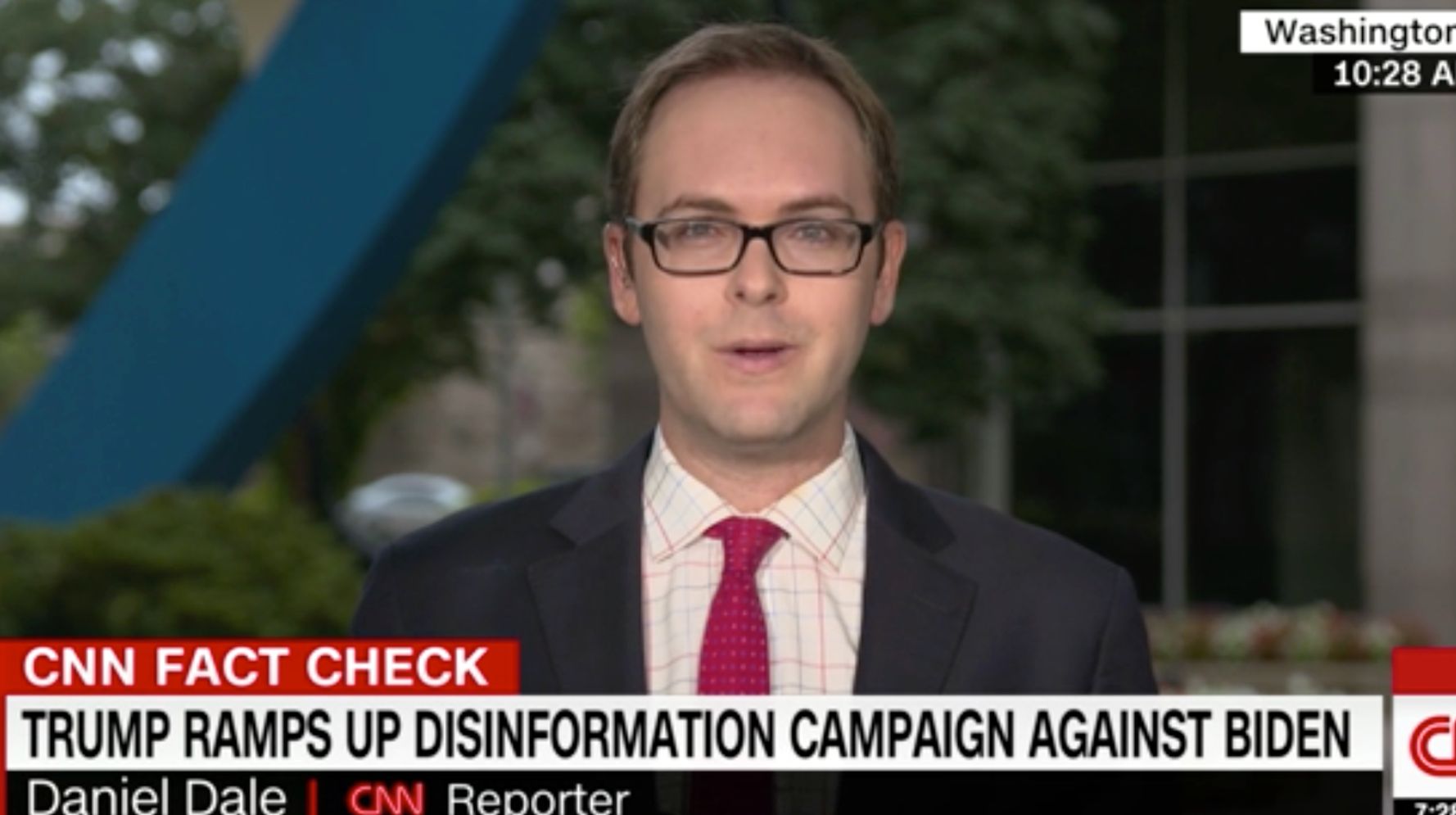 In a Fox News interview that aired Monday night, Trump prompted skepticism even from his host and staunch ally, Laura Ingraham, when he declared that the former vice president is controlled by “people that are in the dark shadows.” Those same unnamed people were controlling the streets, he claimed without evidence, before going on to allege that thugs in dark uniforms on a plane were involved in a secret plot to damage the Republican National Convention. He refused to provide any clarification.

“Joe Biden is his own man, his campaign is run by Democrats, many of them conventional Democrats for many decades, and there are no shadowy figures on the streets or in dark clothing pulling Joe Biden’s strings,” he added. “This is another dishonest attempt by Trump to try to foment fear about a candidate who’s been in the public eye for many years.”

“It’s almost too stupid to fact-check,” CNN’s @ddale8 says about President Trump’s remarks that Joe Biden is being controlled by “people that are in the dark shadows.”

“This president is a conspiracy theorist,” he added, citing a slew of other baseless stories the president has sown and promoted.

These included his racist birther accusations about former President Barack Obama, anti-scientific claims about windmills causing cancer, his recent attacks on mail-in voting and his 2016 campaign-trail allegation that Republican Sen. Ted Cruz’s father was involved in the assassination of President John F. Kennedy.

“He just does this, and he’s doing it again,” Dale reminded viewers.